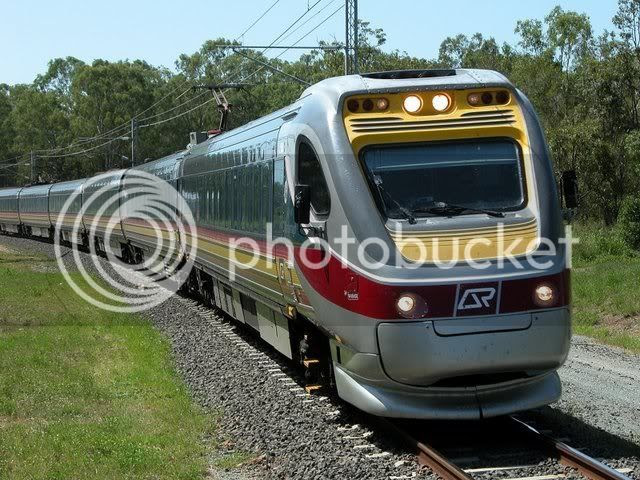 Last Thursday, John McCarron in an op-ed at the Chicago Tribune used the excuse of "skepticism" to trot out slopping thinking and laziness about digging up facts, in Slow down those fast-train dreams

Among many "God, I want to file a bug report" passages in a fairly short piece is:

The purpose of high-speed rail, near as I can tell, is not to ease the daily commute of millions of Chicagoans -- we'll still clank along on what is, in many places, a century-old system -- but to rocket a much smaller group of occasional travelers to places like St. Louis, Detroit and Minneapolis at speeds approaching 220 m.p.h. Two hours to St. Louis! All we'll need is a reason to go there.

So, (1) McCarron frames local transport and regional transport as either/or tasks ... we either do one or we do the other. Unlike any other time in our nation's history, we are unable to address both.

And (2) McCarron likes his opinions unadulturated by fact. The 220mph Express HSR project is in California. The actual projects that the states of Illinois, Missouri, Michigan, Indiana and Ohio are requesting funding for are in the "Emerging HSR" tier of HSR ... trains running at 110mph.

Now, for someone who has not looked into the issue, and is just getting their facts from scattered news accounts, you could forgive the confusion ... newspapers have often done a very poor job of actually informing their readers.

However, McCarron cannot really use that excuse ... someone writing for the newspaper could very easily come up to speed on the state of play in the Midwest and Great Lakes states. For example, Progressive Railroading just recently published an article full of historical background as well as current information, Midwestern states hope to take their long-planned high-speed and intercity passenger rail network to the next level, where McCarron could have learned something about the projects he's talking about before he put his ignorance on display in print.

Instead of finding out what the appeal of HSR is for Federal funding, McCarron elects to take the "just make stuff up" route. For example:

One attraction of high-speed rail is that it will allow the federal government to write fewer, faster and larger checks. It's messier for local DOTs to estimate and bid thousands of smaller jobs needed to maintain older systems.

Here he is writing precisely what the appeal is, and instead of looking at the evidence staring him in the face, he just makes shit up instead. A substantial problem faced by hundreds if not thousands of maintenance "projects" at Metra and thousands is not hundreds of thousands of similar local rail maintenance projects around the country is that we do not have an effective means of funding ongoing maintenance for local transport worked out. The Federal government focuses on funding new capital works, with "responsibility" for operations and ongoing maintenance shed to the states.

That is, indeed, one more of the brilliant "advances into the past" that is a legacy of the Reagan administration.

We have to address that problem. Even roads, which has far more of its operating subsidies generated by creating a problem and forcing government and private parties to spend money on the problem, are facing long standing shortfalls in ongoing maintenance. Local dedicated transport corridors, which require a much bigger share of operating subsidies in a single central operating budget, is even more vulnerable to a downward spiral were budget squeezes lead to deferred maintenance which eventually lead to crisis conditions which require emergency maintenance which puts a further squeeze on operating conditions.

But, notice that killing off HSR funding would do nothing to fix that problem.

So money that is spent on reaching the HSR level of regional rail service is money that does not make the above problem any worse.

So McCarron is so very close to getting to the heart of the issue ... why the Federal Government is and should be funding the Emerging HSR corridors that the Midwest and Great Lakes states have been planning for over a decade, as well as what the next step needs to be.

And instead he lapses into an intellectually lazy piece that misinforms reader, and misleads them into the common fallacy that there is an either/or between spending on local transport and spending on regional transport. 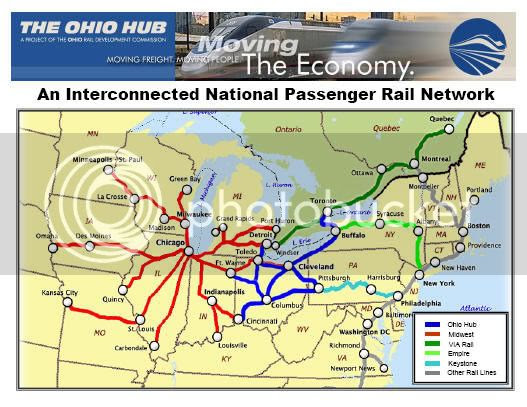 Indeed, if he had bothered to dig up some information, McCarron would have found that the 110mph Emerging HSR corridors that are being proposed for the Midwest and Great Lakes:

However, just as with our Freakonomist Eric Morris, its a lot easier to adopt the stance of declaring "skepticism" and use that declaration as a magic incantation to dispense with any need to actually find information. Simply paint a specific Sustainable Energy Independence project as receiving "uncritical support", declare yourself a skeptic, and you are free to spout the a Libertarian anti-HSR talking point without dwelling on such messy things as facts and figures.

While the "need to support local rail" is used by the anti-rail lobby as an argument against HSR funding ... when it comes time to fight for local rail funding, the talking points from the Libertarian think tanks swing around to why Bus Rapid Transit is better. And when it comes time for a Bus Rapid Transit project, the talking points end up in favor of ... more car lanes.

By contrast, as I discussed previously in HSR: The Recruiters and High Speed Rail and Local Rail: BFF, the complementary benefits to local rail from pursuing the Emerging HSR projects proposed by the Midwest Regional Rail Initiative include real investments that will deliver real operating benefits ... as long as the roadworks lobby is not able to kill off the funding of the projects.

Did you know that that you can earn dollars by locking special areas of your blog or site?
All you need to do is join AdWorkMedia and implement their content locking plugin.

Are you making money from your premium file uploads?
Did you know that AdWorkMedia will pay you an average of $500 per 1,000 file downloads?