Progressivism in the New Gilded Age 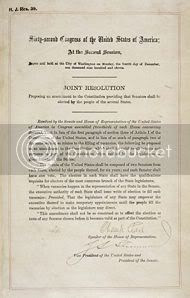 ... and that meant that winning Progress that went against the vested interests was very hard, and required long, determined fights against a torrent of money deployed to oppose its progress.

Indeed, one of the fruits of the Progressive Era victories was to eliminate Progressivism as a distinct political force. But now the enemies of the Square Deal, New Deal and Great Society have rebuilt a Gilded Age, and we need it once more.

Progressivism, however, while necessary, is not sufficient on its own.

Posted by BruceMcF at 3:00 PM No comments:

Decoding that, Chairman Mica is saying: "Screw You, Cities".

And of course, a bit of "screw you countryside" too, since those votes can be taken for granted.
____________________
More:
ProgressiveBlue
HilbillyReport.org
Stars Hollow Gazette
Docudharma
Agent Orange
Posted by BruceMcF at 7:23 PM No comments: