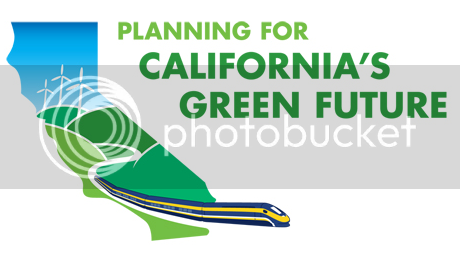 One element of the recent California HSR "revised" draft 2012 Business Plan (which we shall call the Other, Other Plan) involves looking to one particular means of finance in addition to general fund bond finance and Federal transport grant funding:

Cap-and-Trade Program Funds
Assembly Bill 32 (Statutes, 2006, Chapter 488) mandates a reduction of statewide greenhouse gas emissions to 1990 levels by 2020. In accordance with that law, California will implement a market-based cap-and-trade program. Funds from the program can be used to further the purposes of AB 32, including for development and construction of the high-speed rail system.

This has led to the current controversy in which the California Legislative Analysts Office, the LAO, has argued that the Cap and Trade funds might not be usable for HSR (pdf: p. 8).

One of their points, "Other GHG Reduction Strategies Likely to Be More Cost Effective," involves a serious and common misframing of the question of the use of funds dedicated to reducing Greenhouse Gas Emissions: when reducing GHG emissions in a project that serves multiple purposes, the cost effectiveness of the GHG emissions spending depends on what share of the project funding is represented by that GHG emissions spending.

So more on transport, Green House Gas emissions, and the peculiar analytical weaknesses that crop up whenever the California LAO turns its attention to HSR, over the fold.
___________________

The Stars Hollow Gazette
HillbillyReport.org
Coming at 8pm to the Daily Kos