But, where's the discussion? Discussion normally takes place at a community blog where this is crossposted. Presently: The Economic Populist, Docudharma, Progressive Blue, The European Tribune, coming on My Left Wing, and even Agent Orange.

Burning the Midnight Oil for the Beauty Platform 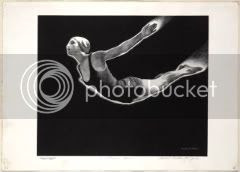 ... in order to "rescue" banks that distributed a massive amount of contingency reserves as if it was income ... by pretending that massive downsides did not exist ...

... we "have to" reward the people who proved to be grossly incompetent in the core competency for senior executive management of a bank.

Except, as Joe Stiglitz points out, we don't have to at all.

The good is the clearing up the mess, establishing going concerns that can lend when consumers and small and medium business demand for credit begins to ride, and the restoration of confidence in the banking system.

The bad is the rewarding of the incompetents who ran the banks into the ground, and the message that a big enough bank cannot fail if they fail alongside other big enough banks.

OK, now, suppose we do it this way. Bank examiners do "stress testing", which is to say, a real world audit instead of the fantasy audits that we have been doing in order to avoid official recognition of the depths of the problem. And banks that are in too much financial peril to be allowed to continue operating as they have been doing ... are put into receivership.

In normal economic conditions, the government would sell this Good Bank to an existing sound bank ... but these are not normal economic conditions. And some Americans have been deeply indoctrinated in the idea that Government can't do something like banking as well as the Private Sector (presumably setting aside what the largest banks have been doing for over a decade under the category of "a few bad apples").

But there are ways to finesse that ... for example, ChrisCook at the European Tribune suggests a bank restructure on the basis of a Capital Partnership. In the context of a New Good Bank / Bad Old Bank system, a good bank could buy into a stake in the gross revenue of the Good Bank, and operate the bank for a fee as the managing partner.

Do pay attention to why this is cheaper ...

Why is this cheaper than Trash for Cash? Because what "we" - consumers and businesspeople - need from the banking system is for deposit liabilities to be backed up by sound assets, and for there to be sufficient confidence in the operational banking system so that banks with credit-worthy borrowers applying for loans can raise the funds to grant the loans.

To the extent that there is a shortfall between deposit liabilities and sound assets ... that shortfall must be made good.

But making good any other shortfall ... that is not first and foremost protecting the ability of the bank to provide depository services. Rather, it is about first and foremost protecting the senior executive management from the consequences of their gross incompetence and sheltering shareholders from the perils of buying shares in companies that have been distributing contingency reserves as if they were income.

And rather than being a long term service to the economy, that protection of senior executive management and shareholders from the consequences of grossly incompetent strategy is a long term disservice.

So, in short, pay what must be paid to keep the banking operations available in service to the real economy.

However, unlike the series of proposals coming out of the Finance Sector, don't pay a dime to shelter the senior management and shareholders from gross incompetence in strategic management. Strip out the good, and leave them with the trash.


Oh, and, yes, we can stop the damn Bonus money

Final point, since its a hot button issue at the moment ... doing this means that we no longer have to keep AIG alive as a zombie CDS writer in order to avoid toppling banks and wreaking havoc on the economy. We will have an operational banking that does not need Credit Default Swaps written by AIG to paper over their insolvency.

So the last institution we can put through the process is AIG itself. And then the nonsense of "we have to pay millions of dollars in 'Performance Bonuses' to the people who brought us to the point that we are insolvent except for government assistance" goes away. Those idiots who did the idiocy as a group of mythical lemmings jumping over the same cliff, one after the other, thinking they were getting a free ride until they hit the mythical coastal rocks below ... they are "creditors" of an insolvent institution, and can get in line with the other creditors to get pennies on a dollar if that. But the insolvent institution won't be doing their business any more ... the CDS division can just collapse, and the actual insurance divisions will be perfectly solvent firms once stripped out from under the AIG senior management ... they the "brightest men in the room" in the sense of being the biggest bunch of flaming idiots around would also be redundant employees and can be sacked, at which point their golden parachutes become ... yes ... a creditors claim on an insolvent institution.

And they can get their penny stock in the "Bad American International Group", and stand in line with the other stakeholders in the Finance Sector Created and Government Supported Financial Stupidity of the Reagan EraTM ... without being in line to get any of the money from the actual "Good American Insurance Group" still in operation.