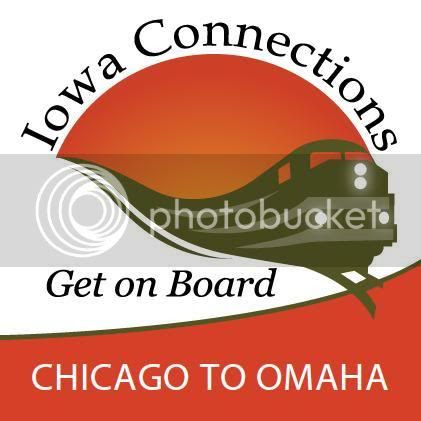 The Iowa Department of Transport has just completed the Chicago to Omaha Regional Passenger Rail System Planning Study, to select its preferred alignment for a detailed Environmental Impact Report.

There were five alignments in the study, based on the five historical passenger rail services between Chicago and Omaha. From north to south, these are: the Illinois Central; the Chicago & Northwestern; the Milwaukee Road; the Rock Island Line; and the Burlington Line. The study also included one combined alignment, based on where the Burlington Line and the Rock Island Line cross in Wyanet in western Illinois.

The combined alignment is the one selected, taking the Burlington alignment out of Chicago, and then taking the Rock Island line to Moline in the Quad Cities on the Illinois / Iowa border and through Iowa City and Des Moines to Omaha (probably via Council Bluffs, but that has yet to be determined).

Read Today's Sunday Train and join the conversation at