We are in the Lame Duck Period. We have real unemployment rates of approximately 14% (counting headline unemployment, marginally attached, and involuntary unemployment as roughly 50% employed, 50% unemployed), and if the economy still sucks this bad in November in two years times, all manner of absurdly idiotic reactions could be elicited from an angry electorate by skillful corporate marketers.

And if the the Republicans are willing to sabotage the security on loose nuclear bomb making material for political gain, surely they will sabotage the economy, as they have been doing.

And with transportation from the Recovery Act creating 630,000 direct and indirect jobs ~ a larger share of jobs than share of funding ... attacking transport funding is a critical step in sabotaging the economy. 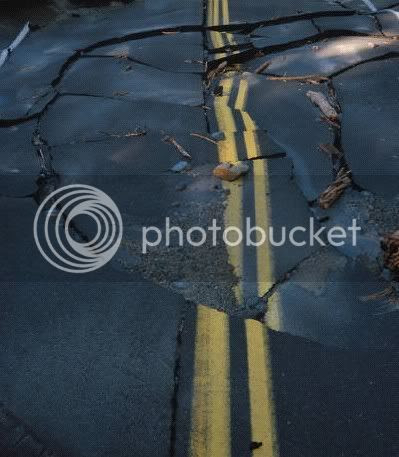 The central problem facing transport is "revenue" or, to use a five letter word, taxes. We have a Federal gas tax that has been frozen at under $0.19 over the last decade, with no adjustment for inflation, while on the other hand, the Federal Highway Trust Fund is facing escalating demands on its funding.

The problem is more than just the lack of an inflation adjustment, but its still fairly straightforward. When the Highway Trust Fund was launched, it was to be directed to Interstate, US, State, County and Township Highways ~ in other words, to most roads used in suburban and rural areas, but excluding most roads used in urban areas.

Of course, when it was launched, we had a dominant share of motorists doing most of their driving on unfunded city streets. So there was a tremendous cross-subsidy provided from urban street driving miles to rural and suburban roadworks.

And as we are all aware, this cross-subsidy is one of the things that promoted the growth of new rings of suburbs, and then outer suburbs.

And while the cost of maintaining our road system will be growing over time, a fixed dollar value Federal gas tax implies a shrinking amount of resources that can be devoted to the maintenance.

And each oil price shock that hits will:

So the roads need a new source of revenue. 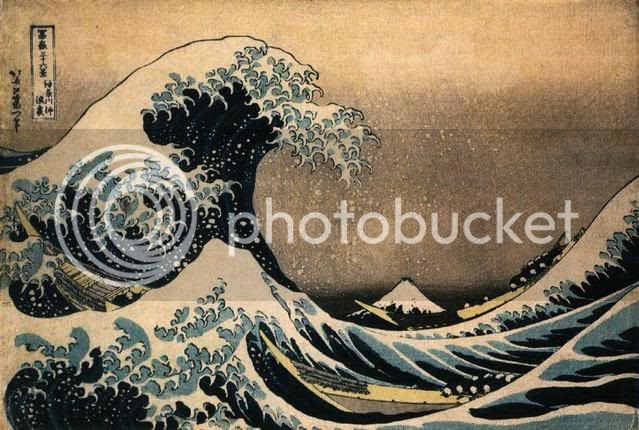 In January, a new Republican House is coming into place, elected on a platform of running the country out of the fantasy and science fiction section of a particularly understocked Barnes and Noble, and as reported at The Transport Politic (hint: bookmark) may be:

A New Political Reality Settling In For National Transportation Financing
Tanya Snyder of Streetsblog Capitol Hill broke the news last Friday that House Republicans are planning to push to "stabilize" the Highway Trust Fund by cutting back expenditures to meet revenues without raising any taxes in the process. The result would be a large decrease in overall federal transportation funding — a potential reduction in spending by $7 to 8 billion a year from around $50 billion today. According to Snyder’s sources, transit financing would be hit especially hard, seeing its annual appropriation cut from $8 billion to $5 billion.
...

Of course, investment in oil-independent transport is required by the objective situation we are facing ~ on national defense and business development grounds, as well as on ecological sustainability and Climate Chaos ground ~ and investment in oil-independent transport at this point in time would also generate much needed fresh employment in the short term. And since it insulates the economy from oil-price-shock inflation over the long haul, that is short term stimulus combined with long term inflation reduction and increased national standard of living.

Now, if it were for long term benefit at substantial short term pain, the House Republicans in the next session might allow the Democrats to pursue it. But long term benefit combined with short term gain absolutely contradicts the priority number one of sabotaging the Obama administration going into its re-election campaign.

So if we are going to have any funding for oil-independent transport over and above the just under 3 cent Federal Transit portion of the Federal Gas Tax, we need to get that funding lined up during the Lame Duck.


The Strange Politics of an Crude Oil Import Tariff

An increase in the gas tax during the Lame Duck is not going to get done.

However, there is an alternative source of oil-tax funding that has rather peculiar politics. That is the tariff on oil-imports.

We import roughly twice what we produce, so crude oil prices in the US are driven by the price of import oil. Therefore, a tariff on oil-imports provides windfall gains to oil produced in the United States, equal to the size of the tariff.

I don't know if it can be pushed through, but looking at that list of windfall gain recipients above, its the only form of oil revenue that I can see having a prayer of a chance.

And the Republican Party has invested massive rhetorical resources into the bullshit "Drill Baby Drill" frame ... but an import crude oil tax slides right into that frame, "encouraging exploration for our own domestic oil".


Split a Penny in Half

So, this is the idea. Add a 1% tariff on imported crude oil. Crude oil is not a "scheduled commodity" in the WTO system, so we are free under the WTO to put any tariff rate we want to.

Split the proceeds in half:

What is an Infrastructure Bank? Well, the way originally described, its like a piggy bank: put money into it, take money out of it. No leverage at all. However, ideally, the Infrastructure Bank would be set up along the following lines:

Now, suppose there is an oil price shock. Long term, the Oil Industry as a whole would prefer that we maintain our oil addiction and just hand over an ever increasing share of our national income to the Oil Industry. However, short term: windfall to US-based oil production.

Its a strange politics, a logroll that offers


What kind of employment impacts are we talking, here?

That is about 190,000 jobs, just from the spending itself. Its only a drop taken from the 14.8m bucket of unemployed, but on the other hand, non-farm payroll employment grew in September by ~150,000, so its more than one extra month of job growth added to the economy before the next election.


Conclusion: Can It Be Done?

I have no idea if it can be done. But its definitely worth a shot.


Midnight Oil ~ The Power and the Passion

You take all the trouble that you can afford
At least you won't have time to be bored.

Great idea, and I would expand it to include loans available to private railroads to finance freight electrification; that's how the Pennsylvania Railroad financed its electrification of what are now the Northeast and Keystone Corridors through the Reconstruction Finance Corporation.

But how do you sell it to the wimpy Democrats we seem to be stuck with in the time we have available? And can we get enough Republicans on board without them thinking they are smelling a rat (even if it is really a rose)?

In short, how do you hammer and get cracks in the wall when you've already been hammering and haven't seen any cracks where you are?

Did you know that you can generate dollars by locking selected areas of your blog or website?
To begin just join AdWorkMedia and embed their Content Locking plug-in.

Are you monetizing your premium shared links?
Did you know AdWorkMedia will pay you an average of $0.50 per link unlock?