The Fight Ahead is the House Caucuses and the Senate Filibuster

So, what is a Progressive Populist to make of an election when with a 14% real unemployment rate (see below), where the House changes parties?

Is a Progressive Populist supposed to be surprised that a House Majority that fails to accomplish substantial jobs legislation for over a year in the face of a clearly Depressed recovery and real unemployment stuck in the neighborhood of 14% loses its majority in the next election?

This is not blaming the House membership so much, of course: its the Senate that let us down, early in 2009, when they wimped out on filibuster reform on the "a bird in the bush is worth two in the hand" theory. Its not a matter of blame, just of what the situation was. A big House loss was guaranteed, and the only betting was how big.

Add in Citizen's United, probably worth an extra 10 seats for the RepubliCorp, and the winning bet was, "huh, that big."

Note that people do not vote the newspaper headlines when it comes to their own standard of living, they vote life as they experience it.

To be cautious, I take the people working part time who want full time work as "half employed, half unemployed", and add half of that number to the marginally attached:


One Thing Not To Do: Primary The President 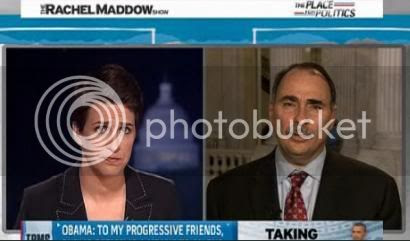 Y'all probably know that I am not now nor have I ever been President Obama's biggest fan. In terms of economics, I view him as a Hedge Fund Democrat, or what is known in the rest of the English speaking world as a "neoliberal" (remembering back to 1800's Liberalism, not the mid-1950's Social Liberalism of the US).

If faced in a primary with a challenger even slightly better that I view as equally likely to win, heck, I might vote in favor of that challenger.

But there's nobody on the Democratic side who can win the nomination and have an equally strong chance of winning the 2012 election who is any better than Obama. The fact is that a primary challenge will open a fight

If you're recruiting me for your candidate of choice for the 2016 Presidential Primary season, I'll listen ~ but just don't waste your time with me, either on the pro or con, on the "Primary Obama in 2012" argument.

See, in my own personal view, fighting on either side of that fight is a massive waste of time and effort as far as achieving any progressive result, so its not something I am going to bother with.

In my view, the Progressive Populist President who achieves tremendous successes and goes through eight years righting wrongs and breaking the chains of the past is a bedtime story for children.

Given that view, I don't see a Progressive Populist movement that can decide between now and March of next year that its time to replace Obama with standard bearer "X". Indeed, I expect that getting all tied up into the pro or con of whether to Primary Obama is more likely to tear apart the small beginnings of the movement we need to have than to help grow the movement.

Mind, if I could support a primary challenge to Eric Holder, I would, but we don't have directly elected Attorney's General at the Federal level, so no opportunity there.

This one is a little subtle. There is this regulation called a "feed-in tariff" that can be used to give much more certainty about investment in domestic renewable energy generation, both at the household level and at the utility level.

And the regulation works by setting a price that the power company has to pay.

And under US Federal regulations, states are not allowed to set prices like that any higher than "avoided cost".

As presently handled by regulators, that means the current spot price, which is the oppposite of providing the certainty required for high up front cost, low operating cost energy harvesting.

Further, for household feed-in tariffs, for levels of electricity that can be consumed within the local substation, that avoided cost can include the generator-to-substation transmission charges.

No Federal spending, no Federal taxes ... just a small dose of states rights to go into the sustainable energy future a bit faster if they so desire. Of course, it is a jobs bill, since any state that adopts it will see increased investment in both utility grade and household level renewable power, and that investment will come with people doing the installing and manufacturing and, for the utility grade power, maintenance and oversight.

Then to a growing extent in 2012 and 2014 and 2016, it will be possible to ask the residents of the states that do not have those jobs, well, why not? And why not will be because they have Republican Governors and/or State Legislators.


At the Same Time, time to start on 2012 House and State Legislature races 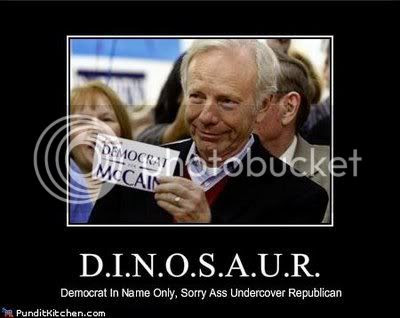 Not today of course. We can take our time to start. 9 November 2010 is soon enough.

We need to do an inventory of:

Seriously, after that is all the political tactics and strategy in identifying and encouraging likely candidates and identifying and recruiting possible candidates, and how in the hell would I know how to do that? I'm a fracking academic economist, after all, not a partisan strategist.

But it seems that we could get started by identifying former incumbents and challengers who we wished were holding those seats, and finding out if they intend to run again.

This is a one year task, since for a progressive populist campaign, if they don't know that they are running by Thanksgiving the year before the election, how are they going to be able to knock on all the doors of their district?


In January, Fix The Filibuster 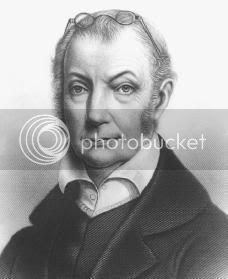 Best is to eliminate it. Just ax it. But with 50 votes plus Biden to break a tie, the votes are not likely to be there.

So instead, make the filibuster real. Anytime 24 houra or more after a cloture vote has been taken, while a filibuster is in process, and after a quorum call has successfully concluded, then a motion for an immediate cloture vote is in order, and cloture requires 60% of those who answered the quorum call.

Force the filibustering minority to stay and sleep in cots and defend their filibuster night after night, and allow the majority to go back to their office and sleep at home, and leave a couple of night watchmen to keep tabs on how many filibuster defenders are there and to organize the strike for 60% of members voting if their numbers have dipped.

Force the Minority to sleep in their cots for seven nights in a row, unable to go attend fundraisers, unable to dial for dollars, unable to get wined and dined by K-street lobbyists, while the majority gets to do all of that and wait for the will of the minority to flag ... and the "routine filibuster" can be beaten out of the toolkit of the Minority Party.

A real filibuster is dramatic. Its like reality television. People start to choose sides. And, hell, since it allows the majority to go home and sleep in their DC beds while the minority are chained to the Senate chambers ... what's not to vote for, for the majority?

Its not like the lily livered "New Dem" wing Democrats are going to filibuster anything minor when they are in the minority, so its not giving away any real power that the Democrats in the Senate would ever really be able to exercise in minority. The Democrats would only filibuster if they figured a majority were on their side and would stay on their side, and in those circumstances, sleeping in the cots for a week could be worth months of dialing for dollars.

Just kidding. There aint no conclusion two years minus a few days from the next big fight. We haven't even finished the beginning yet!