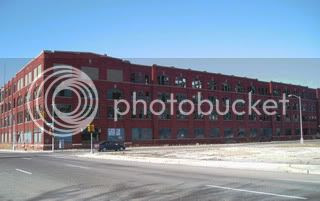 ... or perhaps that should be, so we no longer need a memorial day for the US economy.

In It need not be a calamity, I wrote:

And then our ruling elites collectively decided to pretend that social division of national product is a more fundamental question than the ability to continue producing it, and we descended into the last thirty years of the wealthy focusing in grabbing a bigger share of the pie, while assuming that the baking of the pie would magically take care of itself.

Of course, the radical reactionary movement to roll back not just the Democratic Roosevelt's New Deal, but the Republican Roosevelt's Square Deal as well did not start in 1980. It has been with us for quite a while. It reached the point of being able to capture a "major party" nomination in 1964.

But, clearly, a potential governing coalition had not been worked out by 1964. That began to be stitched together by Nixon and his Southern Strategy. Despite representing too much of the Eisenhower style accommodation with the post-WWII version of pro-middle class economic policies ... to much for the radical reactionaries, that is ... Nixon showed the way in terms of a governing political coalition.

And then Reagan ... the Sainted Ronnie Raygun ... stitched the coalition together, the cynical combination of racist voters, socially conservative voters, and libertarian leaning voters in service of the dissolution of the Great American Middle Class and the restoration of the Gilded Age on the back of crony capitalism on a massive scale.

I was first old enough to vote in time to cast a vote for Carter (AFAIR, I did not vote in the primary) in his defeat at the hand of Ronnie Raygun. So the radical reactionary movement is the political movement that has been the primary malevolent force my entire adult life. I had no idea about CO2 and climate chaos in the early 80's, but had learned of the ecological overstretch of our industrial technological base in the 70's, so I already understood the economic policy stance pursued by Ronnie for the long term social suicide that it is.

Clearly, if the latest edition of the Reagan Coalition could muster the turnout to defeat an African-America candidate, its a spent force.

Time has not stood still while we were trapped for three decades in one side advancing and the other side fighting against wish fulfillment fantasies about the economy being a magical source of eternal growth in standard of living if we only step back and let the private governments of corporations make all our decisions for us.

And we have a generation of putatively Democratic politicians who have been fighting rear guard defensive actions their entire political life, and who do not know what it is to go on the offense.

That is the basis for the focus on a Brawny Recovery from the current economic downturn ... a recovery on the back of hard work and production of real, long term, economic wealth, with broad based income growth as the primary economic engine, and the Finance Sector restored to its proper position as a complement to the Productive Sector, rather than the ill-advised and ultimately disastrous system in which the Finance Sector is the master.

We can, of course, start doing it as soon as we can elect Congressmen willing to push it. $80b a year for six years to build a coast to coast and border to border electric national rail network to cut our petroleum imports by 10%, including long distance HVDC transmission corridors to connect grids in resource areas to grids in population centers. $50b a year for ten years to build the electric regional rail, light rail, and trolley bus systems we need to ensure that the majority of metropolitan populations are able to get around during the coming series of price shocks coming, and $10b a year for conventional and HSR passenger rail to ensure that the clusters of metropolitan areas are able to continue functioning during those same oil price shocks. $50b a year for commercial and resident improvement and retrofit for energy efficiency.

Basically an investment program of $250b annually until we get our economy back on the track after the Reagan Derailment.

And not just government spending on fundamental investment, either. Feed-in tariffs to ensure that the wind farms and wind turbine manufacturing capacity, and other renewable resource capabilities, are in fact invested in by the private sector. Access to finance for state and local governments to buy into the insurance against energy price shocks from owning a share of renewable energy harvesting equipment.


All complemented by a restoration of the right for all employees hired by fictitious persons representing organized capital to in turn organize as labor and enter into binding negotiations for employment contracts. This, after all, was the primary target of the radical reactionary coalition. After a recovery in which basically all productivity gains were directed to corporate profits and none was directed to employment income, we can say with certainty that they gained their primary goal.

And we can now see what an unmitigated disaster it has been to roll back the Pro-Middle Class Policies that created the Great American Middle Class. So we must restore that element of the post-WWII Economic Policy, even as we shift it to a 21st Century Energy Economy.


But, that is politically impossible! 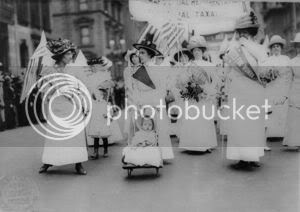 The objection is that economic policies bold enough to prevent the United States from collapsing to "banana republic" status are politically impossible.

The answer is, yes, of course it is. Things that are worth doing are quite often politically impossible. It has been, at various times in our nation's history, politically impossible to abolish slavery, to regulate food and drug safety, to regulate the health and safety of work conditions, to mandate the right to organize labor, to offer a job guarantee in the face of widespread national unemployment, to give more than lip service to civil rights for African Americans, to regulate the dumping of poisons and other garbage into our soil, streams, and air.

Indeed, it was at one time politically impossible to roll back the Pro-Middle Class policy regime that was the foundation of Post-WWII economic prosperity, but the Reaganites figured out a way to make it possible.

If something is important enough, politically impossible means that it is necessary to build the movement to make it politically possible. In this case, a movement consisting of:


The big political events in constructing the coalition are the mid-term elections of 2010 and 2014. Because with the current bunch of hard right wing idealogues dominating the Republicans and combination of Hedge Fund Democrats and gutless whipped curs representing the Democrats, we are well and truly mired.