Discussion and comments at:

It's one thing to call for a Nationwide Network of Electric Rapid Freight Rail Tollways, to take freight damage off the Interstate Network, or for its compelling national security and emergency preparedness reasons.

And so today's Sunday Train is on a quiet piece of good news on that front ~ good news that allows states that wish to pursue green jobs to do so without the Grossly Oil-addicted Party in the House of Representatives being able to get in the way.

The reasons other than ecological sustainability and reduction of the amount of damage that will be caused over the next twenty and fifty years by climate chaos are certainly valid reasons in their own right.

Given the ongoing need to maintain our Interstate Network, which will only get more and more expensive in real terms as energy costs rise. With long haul trucking doing so much of the damage, while able to be replace with both less commercially expansive freight with more rapid transit and less strain on transport workers ~ often resorting to use artificial stimulants to meet the demands of trucking firms ~ and reduce the stress on motorists using the Interstate system, the opportunity to shift half or more of our long haul freight to rail is a compelling opportunity.

The fact that the system will allow the Departments of Defense and Homeland Security to move material and personnel with much less consumption of petroleum in a national emergency involving disruption of oil supplies ~ say, the current wave of Arabian uprisings crossing the Sahel and hitting Nigeria, one of our main oil suppliers ~ is also a compelling argument. Indeed, as I suggested last week, the Democrats in the Senate should pursue hearings on how well prepared our freight system is to cope with a serious disruption to oil supplies, and call on Department of Defense officials to testify on the usefulness of a national grid of Electric Rapid Rail Tollways in the event of such an emergency.

However, in addition to that is the question of developing a national economy for the US that can survive after the end of the Age of Oil and Coal. We aren't getting ready to slide down the Oil E. Coyote oil production curve, but just like Oil E Coyote, ignorance of the lack of firm footing does not really mean that the footing is actually there. And when we consider the real cost of burning our fixed domestic coal resources, it is not actually cheaper ~ its just that the entrenched privilege to use the atmosphere and landscape as a dump has allowed those vested with property rights in our national coal resource to dump the cost on others and gain a financial profit while the resource is selling below its full economic cost.


The Transition from Fuel Consumption to Energy Harvest 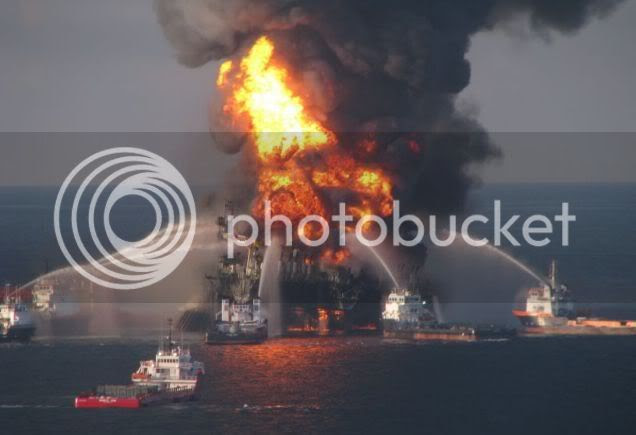 We have, obviously, been developing and refining social institutions oriented to the generation of electricity by permanent destruction of the energy content of fossil fuel sources for centuries now. It is not surprise if the same institutions have details built into the rules that are antagonist to the process of leaving behind the dead hand of this unsustainable history and escaping into a system with more than twenty or forty more years of viability.

As I covered in a previous Sunday Train, but as is covered in far more depth at Wind-Works.org, one institution that can greatly accelerate the escape from our current economic dead-end is the Feed-In tariff. "Tariff" here is the root meaning of "a price schedule", but rather than the common usage of the "price" to import a product across a national border, it refers to the price schedule for the product provided by a utility ~ a water use tariff, a natural gas tariff or, in this case, an electricity consumption tariff.

A critical benefit of the most well developed sustainable electricity sources, such as wind power, is that it is primarily spending on equipment to harvest a renewable power source. That means that the cost of the power is mostly determined up front: unlike coal, oil, or natural gas, there is very little price risk in the economic cost of windpower.

That implies that the windpower must be financed to buy the equipment up front and then refund that financial cost over the period of harvesting the power. Wholesale power is now mostly priced at the margin, the price that must be paid to bring the "last kilowatt" onto the grid. And since there is almost no extra cost to producing power once the wind turbine is in place, the wind power will always be put on line first, and then energy sources with higher costs to produce additional power, until total energy demand is met.

But when almost all of your energy cost is the cost of the equipment, you will continue to sell power, even far below the tariffs required to repay the loans to buy the equipment. So wind power can easily "shoot themselves in the foot", making power too cheap to be able to refund their finance.

For windpower plants, it makes sense to make a different bargain: give a guaranteed tariff when energy is delivered to the grid (possibly up to some total amount per wind farm), and in return continue to receive that same tariff even if the marginal cost of power is higher.

So that is the idea of the Feed-in tariff. Give a guaranteed return on power delivered to the grid, in return for not giving a windfall return when the marginal price spikes above that tariff.


Not Being Allowed to Make A Good Deal For Consumers 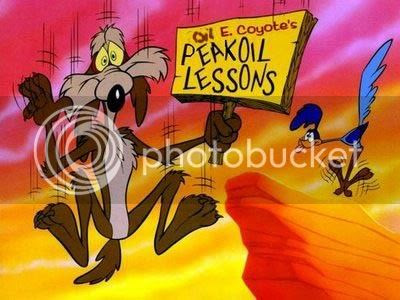 Except, well, there is this law, which, as recounted by the writing swarm at The Wikipedia Machine was originally enacted as part of an effort to encourage sustainable power:

The first form of feed-in tariff was implemented in the USA in 1978. President Jimmy Carter told Americans that the energy crisis was "a clear and present danger to our nation" and drew out a plan to address it.[14] As reaction to a perceived energy crisis and growing concerns over air pollution, President Jimmy Carter signed the National Energy Act (NEA) and the Public Utilities Regulatory Policy Act (PURPA). The purpose of these watershed laws was to encourage energy conservation and the development of national energy resources, including renewables such as wind and solar.[15]

PURPA required utilities to purchase electricity generated from independent power producers at rates not to exceed their avoided cost.[16] Avoided costs are designed to reflect the cost that a utility would incur to provide that same electrical generation.

And the concept of avoided cost is where the California effort to establish a Feed-in tariff came unstuck in the middle of last year:

The CPUC argued that it was not setting a price for wholesale power sales, but was only requiring the utilities under its jurisdiction to offer to purchase power from eligible cogenerators at the price set by the CPUC. In an order issued July 15, 2010, FERC rejected the CPUC’s argument that it was only setting an offering price.

FERC held that the program amounted to impermissible wholesale price-setting, which is solely within the jurisdiction of FERC.

The central question is whether "avoided cost" is forward looking ~ in which case, who is to say what costs shall be avoided in the future ~ or backward looking, which is what the three California utilities argued it should be.

Now, California developed a system which was intended to cope with the limitations of the July 2010 Ruling, but the ideal is a system that provides for long term feed-in tariff price stability. The more stable an average price, the less risk in the up-front costs of wind power, and so the more wind resources will be financially appealing at that price. The greater the instability, the greater the risk premium that will be required to get a project up and going.

Which is why the following news was such good news:

In response to FERC’s July 15 order, the CPUC asked FERC for clarification regarding the flexibility it had to establish “avoided costs” for specific power resources that it wished to encourage. In earlier FERC precedent, it had been unclear whether different "avoided costs" could be established for different resources.

In its Oct. 21 order, FERC provided the requested clarification. FERC, emphasizing that states had wide latitude in establishing avoided costs, held that a "multi-tiered avoided cost rate structure" was consistent with PURPA. FERC reasoned that where a state requires a utility to procure a certain percentage of energy from generators with certain characteristics, those types of generators "constitute the sources that are relevant to the determination of the utility’s avoided cost for that procurement requirement."

FERC also clarified that the state may also include in its avoided cost calculation the costs of transmission upgrades that would be avoided by purchasing power from closer resources. Additionally, FERC noted that a state is free to reward favored resources through other mechanisms outside of the avoided cost rate, such as the creation of renewable energy credits.

FERC’s Oct. 21 order was a clear effort to give the states more leeway with respect to feed-in tariffs, and is more state friendly than FERC’s July 15 order. However, that leeway is still limited by necessary compliance with PURPA.

This limitation has three implications.

I have emphasized the key element of the ruling. Since a state has power to impose a range of energy portfolio requirements for renewable, geothermal, biomass, waste and cogeneration, it can take the avoided cost of acquiring those energy resources into account when setting a feed-in tariff.

Note that this means the feed-in tariff has a quantity component: once the portfolio requirement is met, the penalty no longer applies. So under this system, the state that wants to gain the maximum employment impact from the system will ensure that the portfolio requirement is set in excess of the current supply of renewable power and be set to grow at a steady pace toward the ultimate target.

In other words, the Feed-in tariff cannot really, under current Federal Law, be forward looking itself, but it can take into consideration the current cost impacts of other forward looking state legislation.


Now, of course, Ohio won't be doing this

Ohio has passed from small-r republican rule to Imperial Rule, so of course it won't be happening here in the next four years. But in any state that does have a state government that is in a position to put employment in the state ahead of the interests of oil companies and coal companies ~ this offers the opportunity for substantial employment in the establishment of these renewable energy resources. Note in particular that the tariff can incorporate the avoided cost on transmission capacity of using more local sources as opposed to more distant forces, so while a purely protectionist version is not allowed, a "semi-protectionist" version is permitted that puts a premium on local rather than distant energy supplies.

And of course, if four years from now there are five to ten states that have started to leave the ranks of the zombie economies due to the expansion of green jobs in their state ... the ability of my own Governor K-Street ~ "Gov. K(sic)" for short to maintain the pretense that he gives a damn for the job of any Buckeye outside of the millionaire club will be substantially weakened.