Action Hours Against Rupert the Pirate: Week One

Burning the Midnight Oil for Breaking the Silicon Cage Rupert Murdoch operates and profits from a big pirate support base, and we - I and anyone who joins with me - are going to go after him, in an ongoing "name and shame" operation, until he agrees to close down the pirate support operations at his base.

Or, to make a different analogy, Rupert Murdoch owns own of those pawn shops that "just happen" to end up with stolen goods in their possession. That is, some pawn shops in run-down areas of town are just fence. Some are legalized loan sharks that work hard at avoiding being fences. And some respect the letter of the law but, well, if they somehow end up with stolen goods anyway, well, waddyagonnado? "Dese people are here, no respect for private property".

Few bootleg anime streaming sites would be able to keep operating if they had to pay the cost of streaming the media themselves. Fortunately for them, Rupert is happy to host their bootleg anime on MySpace servers. As long as its not NewsCorp copyright rights, NewsCorp is happy to do the minimum required by the law (I am sure it is just a coincidence that the when ordinary users link to the bootleg media at MySpace, that draws traffic and brings revenue to MySpace).


Who Watches Out for the Little Guy? 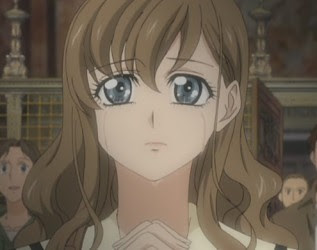 Now, the big media middlemen can look out for themselves, but its a lot harder for a small, niche industry. And the anime distribution industry is, of course, a small niche industry that is struggling - of ten distributors operating at the start of 2007, one has closed, one has gone bankrupt, and one has been forced to restructure and spin off their dub production studio.

Under the pressure of bootleg distribution, the anime industry has fought to adopt, making a wide variety of ad-supported free streams available.

If you go to the biggest aggregator of legitimate anime streams, Anime News Network's Anime Streaming Page, scrolling down you can find 39 dubbed series and 49 subtitled shows. Not quite 500 series - but OTOH, some of the most popular series in the US market. CrunchyRoll" specializes in early subtitled releases of shows presently airing in Japan, with about half the Fall season available for ad-supported free streams a week after going to air in Japan. Hulu's Anime Channel specializes in the most popular series, including most of those airing on cable in the US.

The legitimate streaming sites are making, in the complaint of Rupert's Newscorp "dimes rather than dollars", but at least the dimes provide revenue to go back to support the industry. And if the free streaming sites wanted to, they could very well redirect their viewers to the legitimate free streams when they are available - but that would mean losing internet ad revenue and risking a reduction in donations. So they rely on bootleg sites instead.

And as I documented in Rupert Murdoch is the Biggest Pirate of the US Anime Market, Rupert Murdoch's MySpace servers are the free stream host of preference for bootleg anime.

The direct action itself is simple. Provided you have a flat-rate broadband internet connection, click on the bootleg anime shows that are streamed off of his MySpace servers, at the same time that everyone else participating does. You can download them to a temporary directory and, of course, delete the files when you are done.

What does this do? First thing is it makes Rupert pay extra for bandwidth when he hosts these bootleg media. How much extra? Well, that depends on how many people participate. A dozen - not much. A hundred - given the number of episodes we can stream at once, about as much as a bloodsucker site. A thousand - then we would be starting to cost some money.

The list of files follows. For those with an interest in the knotty issues raised by the New Media Economy, there's a background discussion section first, and then the list. This is a list that will grow from week to week, unless of course Rupert Murdoch's NewsCorp agrees to take down bootleg material competing against legitimate free streams.

At one time, very few Japanese animated shows, "anime", made it across to the US in a licensed release. However, fans who were able to understand Japanese could obtain the original media from Japan. Translating and subtitling these shows without a US release made it possible to share with other fans who could not speak Japanese. And so groups of "fansubbers emerged.

As the Internet expanded and computer capabilities expanded, the original VHS tape fansubs were replaced by growing number of electronic media files. And of course, alongside the fansubbers, groups emerged that just ripped files off of licensed works released on DVD.

The law is straightforward - the ethics, less so. Fansubbing is never legal use of the original published media, but we (make: homo, model, sapiens s) often distinguish different cases.

(4) An anime is licensed and made available for free ad-supported streaming ... in which case no remotely plausible excuse can be made. Streaming video ads pay extremely little per view, and stealing the audience away from legitimate streaming in order to avoid losing audience for a bootleg anime streaming site is just taking income out of the industry with no remotely plausible excuse.

Human nature being what it is, those that enjoy getting something for free, without the annoyance of advertising, without having to jump through whatever membership hoops or waiting periods while paid subscribers get a preview, without having to switch sites to get access to material that has never been released in the US ... will make up excused for what they are doing.

And that will sometimes get tangled up with serious policy discussion focusing on what the copyright law should be, compared to what it is.

For myself, I am not interested in "going after copyright violators" - that is a hopeless task. The focus here is more narrow: go after those sites that provide free streaming of bootlegs for shows that are available by legit free stream.

As far as I can see, the streaming of bootlegs of shows available by legit free streams is just being a bloodsucking leech. But attacking the individual leeches is not going to address the problem - we have to hit their breeding grounds: the MySpace servers owned and operated by Rupert Murdoch's NewsCorp.

If you wanted to, you could also let the nice people at Fox know that you are participating in the online action: Mailto wmf@fox.com and ndc@fox.com, with a message along the lines of

Dear Fox Webmaster
Good day. I am participating in the Online Hour of Action against the support that subsidiaries of Rupert Murdoch's NewsCorp give to bootleg anime streaming sites

(tell me if that mailto doesn't work, I've never used one before).

So what follows is "the list". It will grow week by week - at least unless and until it starts having an impact.